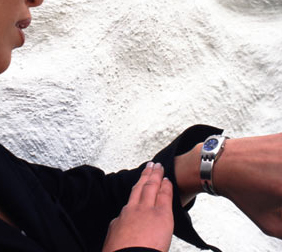 It might seem obvious and something that need not be stated but this is a crucial matter for all people in business.  Failing to attend an appointment at best might be considered bad time management.  At worst, it could be considered disrespect! In this post, names have been changed to protect the guilty. I’ll tell you how I responded when a person failed to turn up for a meeting and I’ll be interested to know what you would have done.

As someone in the early stages of starting a business, I’m spending long hours putting things in place to establish a firm footing. Its a time when I am willing to trim profit margins in order to build a portfolio and demonstrate the quality of the services I offer.  Indeed, for particular clients, I am eager to provide advice and support for little or no charge. I’m sure I am like most people in business.  We agree to meet other people in business because we anticipate some mutual benefit.  We take time out from other tasks to invest it in a conversation that we envisage will be beneficial to the parties concerned.  Invariably we literally ‘bring something to the table’ and often carry out some preparation in order to maximise the benefits of our time investment.

Sitting in the park waiting for you

If, however, the other party fails to attend, and furthermore fails to communicate their inability to attend, it might well result in more than just the loss of a business opportunity. I was feeling like the date sitting and waiting in the park as night falls. Wondering what the reason was for the ‘no show’.  As the agreed time approached, I was giving them the benefit of my doubt.  Assuming a life threatening incident had occurred but fearing a simple lack of consideration.

No excuse for Unapologetic Absence

I constantly checked my mobile phone for an apologetic text message as the minutes passed and they became officially late.  Regardless of the reason, a communication of some sort at this point would have demonstrated respect for me and acknowledgement of  the value of my time. The minutes became hours.  The hours became days with no word, no text message, no e-mail, no call.  In a time when the mobile phone constitutes a mobile office with various means of easy communication available at all times, can such a situation ever be excusable?

My benefit of the doubt became an assumption of the worst.  Fear of inconsideration became a fact of disrespect.  Mild irritation turned to resentment and anger.  To me, it was clear that in their estimation, I was not worthy of common courtesy.  A week after the original meeting arrangement, I resigned to the fact that no apology would be forthcoming and now considered possible responses.

Well there was no chance of me making any effort to reschedule the meeting.  It was obvious that the good will I previously had for them was misplaced.  They didn’t deserve the benefit of my skills, experience and expertise.  Any belatedly apologetic approach from them would be met with a complete blank.  It is clear to me now that they are not a person to do business with and as a consequence of their failure to take seriously an agreed commitment, would be entirely expunged from my contact list. Perhaps not a misdemeanour that justifies ‘sending the boys round’ to deal with the matter, it certainly contravenes standard business etiquette.  There is no way I’ll be using or recommending their service to others.  I won’t be going so far as to publicly denounce this perpetrator but I will gladly make anyone who asks aware of my experience. Do you think my ‘one strike and you’re out’ response is reasonable?  What would you do in a similar situation?

Sid Edwards Sid is Proprietor of tuzongo.com with an interest in helping small and medium-sized enterprises compete with large companies. He has many years experience using coding skills with standard frameworks to create unique award winning websites.